In November we wrote to everyone who received a PhD in History at UT Austin since 2000 to find out what they were doing.  We are curious about our former students’ careers and adventures and we want to celebrate their achievements in whatever line of work they pursued.

And we still do! We hope everyone who didn’t write back immediately will send us news of their work, travels, lives. 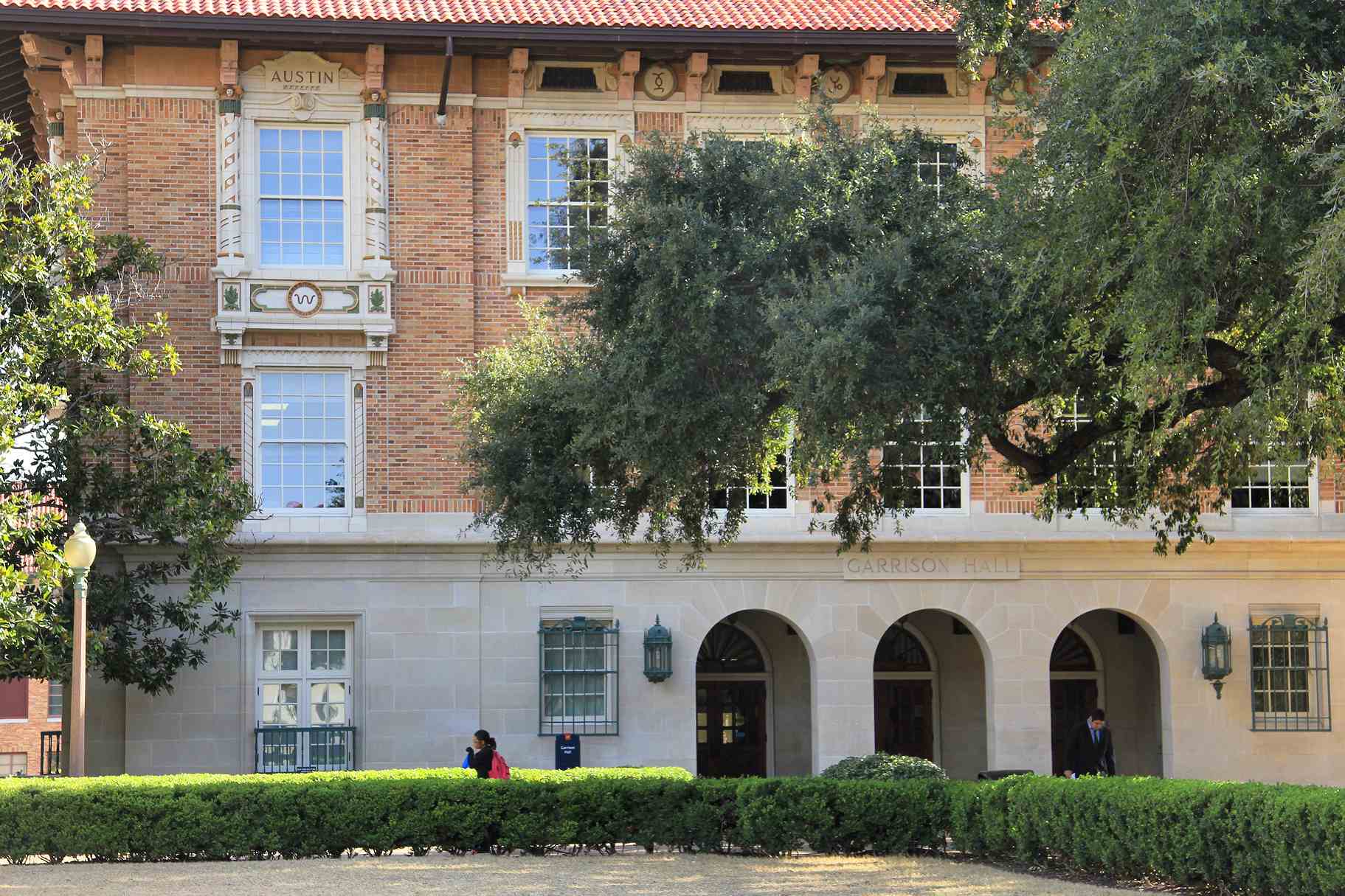 Greg Cushman (2003 PhD) is an Associate Professor at the University of Kansas and he has just published a new book called Guano and the Opening of the Pacific World: A Global Ecological History (2013).  One of his UT professors, Bruce Hunt, said that the book got an absolute rave review in “Science” and added that “It’s the best book on bird crap you’ll ever read.”

Matt Childs is an Associate Professor and Director of the History Center at the University of South Carolina where he started teaching in the fall of 2009. Matt is the author of The 1812 Aponte Rebellion in Cuba and the Struggle against Atlantic Slavery (2006), which was a finalist for the 2007 Frederick Douglass Book Prize, and he has co-edited with Toyin Falola The Yoruba Diaspora in the Atlantic World (2005) and The Changing Worlds of Atlantic Africa: Essays in Honor or Robin Law (2009). Most recently he co-edited with his former UT profs, James Sidbury and Jorge Cañizares-Esguerra, The Urban Black Atlantic during the Era of the Slave Trade (2013), which was featured in the New Books series this spring at the UT Institute for Historical Studies.

David Imhoof wrote to say that he is an Associate Professor and Chair of the History Department at Susquehanna University and he has just published his first book: Becoming a Nazi Town: Culture and Politics in Göttingen between the World Wars.

Roger Martinez, is Assistant Professor of history and Director of the Sephardic and Crypto-Jewish Studies Program at the University of Colorado at Colorado Springs.

Ken Aslakson let us know that he teaches at Union College in Schenectady, NY where he just got tenure. His book Making Race in the Courtroom: The Legal Construction of Three Races in Early New Orleans is just about to be published by NYU. He wrote to us from France where he was completing a month-long invited professorship at the University of Toulouse.

Lauren Apter Bairnsfather (PhD 2008) works in the Office of the Dean of the UT Austin College of Liberal Arts where she supervises Grants Services, conducts institutional research for the Dean, and serves as contact for Humanities Research Awards. She has written articles for the AHA newsletter Perspectives and for Not Even Past about careers for history PhDs outside the professorate.

Anju Reejhsinghani has been Assistant Professor of Latin American and Caribbean history at the University of Wisconsin-Stevens Point since Fall 2010.  She recently saw fellow UT Latin American history PhDs Bonar Hernández (East Stroudsburg University) and Ben Narvaez (University of Minnesota-Morris) at the North Central Council of Latin Americanists conference she helped to organize on her campus in September 2013. In January 2013, she developed and led one of the University of Wisconsin System’s first for-credit, short-term study abroad programs to Cuba; she is repeating the program in January 2014.

Kristen Oertel was a professor at Millsaps College in Jackson, Mississippi, for ten years, where she won the Outstanding Young Faculty award in 2003.  She left Millsaps in 2010 to accept the Mary F. Barnard Chair in 19th-Century American History at the University of Tulsa.  She published her first book, Bleeding Borders: Race, Gender, and Violence in Pre-Civil War Kansas with LSU Press in 2009. Her second book, Frontier Feminist: Clarina Howard Nichols and the Politics of Motherhood (Kansas, 2011) won the Armitage-Jameson Prize for the best book in women’s and gender history from the Council of Western Women’s Historians.  She says that “It’s sometimes tough to wear my Texas Longhorns t-shirt while living in Oklahoma, but I never waste an opportunity to wax poetic about my time at UT.”

Matt Heaton (PhD 2008) has been an Assistant Professor in the History Department at Virginia Tech. He has published Black Skin, White Coats: Nigerian Psychiatrists, Decolonization, and the Globalization of Psychiatry. (2013) and edited with Toyin Falola, A History of Nigeria in 2008.

Miguel A. Levario is an Associate Professor at Texas Tech University. He published Militarizing the Border: When Mexicans Became the Enemy (2012).  He has also recorded an episode for 15 Minute History on Mexican-American immigration.

Anna Taylor writes: “I am happy to share my news, since I had such an excellent experience in the PhD program. My advisors were Martha Newman and Alison Frazier, and they did a wonderful job of preparing me for the academic job market, as well as supervising the dissertation.” She recently published Epic Lives and Monasticism in the Middle Ages, 800-1100 (2013), and also received tenure in the Department of History at the University of Massachusetts, Amherst, where she teaches a variety of courses on western civilization, medieval history, religion, monsters, and animals.

Faik Gur teaches at Ozyegin University in Istanbul and has just published an article in Historical Research, the journal of the Institute for Historical Research in London: “Sculpting the nation in early republican Turkey” (vol. 86, no. 232 [May 2013]).

David M. Lauderback has taught history at Austin Community College since 1996. Dr. Lauderback has served as a Fellow for the ACC Center for Public Policy and Political Studies for many years and partnered on numerous events, such as Texas Independence Day Celebration, Constitution Debate Night, the Mock Hearing on Health Care, the Earth Fair, and numerous teach-ins and lectures for ACC students and the community. He earned the Rising Star and Guiding Star awards from ACCs Student Life for his work with the Center for Student Political Studies and the Silver Star Children’s Literacy project. And, just this spring, Dr. Lauderback received recognition as recipient of a John and Suanne Rouche Excellence Award from the League for Innovation in Community College instruction.

Frances (Franni) Ramos wrote to tell us that In June 2013, she was promoted to Associate Professor with tenure at the University of South Florida.  In 2012, she published Identity, Ritual, and Power in Colonial Puebla, which was awarded the Rocky Mountain Council for Latin American Studies Michael C. Meyer Award for Best Book in Mexican History published over the past five years (2008-2012).  In the spring of 2013, she spent five months researching at the John Carter Brown Library with the support of an NEH, and she just received an Outstanding Research Achievement Award from USF. In August 2012, she also had a baby girl named Ellie!  And she says, “I miss UT.”

Andrew Falk sent us a long newsy note that says in part: “it’s great to hear from Austin again, and I’m glad to give you an update.  I keep up with the UT History Department regularly, including the impressive Not Even Past site.”

[We just had to include that!] “The short answer to your question is this: things are great and UT prepared me very well, indeed!” [We couldn’t resist that either.]

“After earning my PhD from UT Austin in 2003, I got a postdoc at the University of Georgia.  Then I received an academic appointment at Christopher Newport University.  It’s a mid-sized liberal arts college focused on undergraduate education.  Located in Newport News, Virginia, CNU is situated in the beautiful Hampton Roads area between Colonial Williamsburg and Norfolk….At UT I worked most closely with Michael Stoff and Mark Lawrence and, therefore, teach classes in the same areas: modern US politics, culture, and foreign relations.  Like Mike Stoff, I’ve led my students on several study abroad trips, including to China and throughout Europe.  My first book, Upstaging the Cold War: American Dissent and Cultural Diplomacy, 1940-1960 was published as part of the “Culture, Politics, and the Cold War” series of the University of Massachusetts Press in 2010…. In Virginia I’ve managed to find Stubbs sauce, Shiner beer, and Bluebell ice cream, but the homesickness endures….Hook ’em.”

Julie Hughes writes: “I’ve been at Vassar College as an Assistant Professor of History since Spring 2010. My book Animal Kingdoms: Hunting, the Environment, and Power in the Indian Princely States first came out in 2012 in South Asia, where it was published by Permanent Black. In 2013, Harvard University Press published their edition of Animal Kingdoms. I just had an article on the idea of wilderness in the Indian princely states accepted for publication in the journal Modern Asian Studies, and will have a chapter on wild boar hunting in a forthcoming volume, Shifting Ground:People, Animals, and Mobility in India’s Environmental History,edited by K. Sivaramakrishnan and M. Rangarajan, from Oxford University Press. In November 2013, I was an invited speaker in the Yale Agrarian Studies Program’s Colloquium Series and, in March 2014, I will be giving a talk at the Nehru Memorial Museum and Library, New Delhi, as part of their public lecture series ‘Science, Society and Nature.’ I hope all is well down there in Austin – I must say I miss it, especially when the weather starts getting cold up here!”

Paul Rubinson wrote to say “Not sure how much detail you want about my career, but I got my PhD in 2008 (an ominous year to start the job search) and managed to luck out with a TT job.” He is an Assistant Professor of History at Bridgewater State University (Bridgewater, MA). He’s published 4 articles on international science:

“The Global Effects of Nuclear Winter: Science and Antinuclear Protest in the United States and the Soviet Union during the 1980s,” forthcoming in Cold War History (published online February 15, 2013.); “Internationalism in a National Security State: U.S. Scientists and the Cold War,” in Artemy Kalinovsky and Craig Daigle, eds., Routledge Handbook of the Cold War. Forthcoming from Routledge in Summer 2014; “‘For Our Soviet Colleagues’: Scientific Internationalism, Human Rights, and the Cold War,” in Petra Goedde, William Hitchcock, and Akira Iriye, eds., The Human Rights Revolution: An International History (New York: Oxford University Press, 2012), 245–64; and “‘Crucified on a Cross of Atoms’: Scientists, Politics, and the Test Ban,” in Diplomatic History, Vol. 35, No. 2 (April 2011), 313–49.

Saheed Aderinto, (PhD 2010) is an Assistant Professor at Western Carolina University. His book, When Sex Threatened the State: Illicit Sexuality, Nationalism, and Politics in Colonial Nigeria, will come out in Fall 2014. He has edited another book and published over a dozen articles, and is working on a book about guns and arms control in Nigeria.

Eric Meeks (PhD 2001) writes to say that he is currently the department Chair and Associate Professor at Northern Arizona University. His book Border Citizens:  The Making of Indians, Mexicans and Anglos in Arizona was published in 2007.  It won several book awards and one of his articles, entitled “The Tohono O’odham, Wage Labor, and Resistant Adaptation, 1900-1930,” earned the 2004 Bolton-Kinnaird Award as the best article in borderlands history that year from the Western History Association, and the Oscar O. Winther Award for the best article appearing in the Western Historical Quarterly in 2003. He added: “I must say, UT Austin gave me a superb education, which I am very thankful for!”