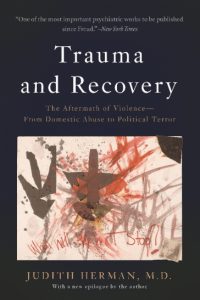 For Judith Herman, “to study psychological trauma means bearing witness to horrible events.” A professor of clinical psychiatry at Harvard University Medical School and a founding member of the Women’s Mental Health Collective, Herman is best known for her research on complex post-traumatic stress disorder, particularly with victims of sexual and domestic violence. In her own words, Trauma and Recovery is a book about “restoring connections” between individuals and communities and reconstructing history in the face of a public discourse that did not want to address the horrors of sexual and domestic violence. Herman begins her work by situating it in the feminist movement and the “forgotten history” of traumatic disorders, describing the cultural and political factors that have continually prevented psychological trauma from being recognized effectively by the public. From there, she enumerates not only the symptoms of traumatic disorders, but argues that only by renaming sexual, domestic, and violence traumas as “complex post-traumatic stress disorders,” and treating victims as suffering from this specific disorder, can victims truly “recover.” 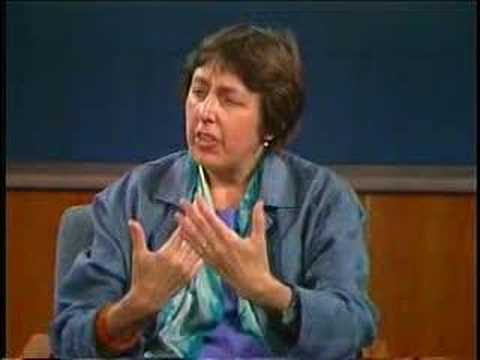 Trauma and Recovery has been recognized as a groundbreaking psychological and historical work because it forces the reader to come to terms with the underlying traumas that permeate society and the ways in which a culture of oppression furthers the protection of the perpetrators. While Trauma and Recovery is over two decades old, its argument seems particularly fresh in the context of current national conversations on the status of victims of sexual assault, particularly in university settings, and their treatment in society. A close reading of Trauma and Recovery forces us to examine our own biases and the historical precedents that have colored our treatment of victims today.

Herman argues that the study of psychological trauma is not governed by consistency, but rather “episodic amnesia,” in which the stories of the victims became public for brief periods of time before diminishing into the background. She points to three key moments: the treatment of “hysterical women” in late nineteenth-century France, the treatment of shell shocked soldiers in England and the United States after the First World War, and finally, the public awareness of sexual and domestic violence that took place during the feminist movement in Western Europe and North America. For Herman, one of the consistent elements in all three cases was a culture of societal neglect, in which the victim is rendered invisible and discredited, a horrifying tendency that seems to have continued into American society today. 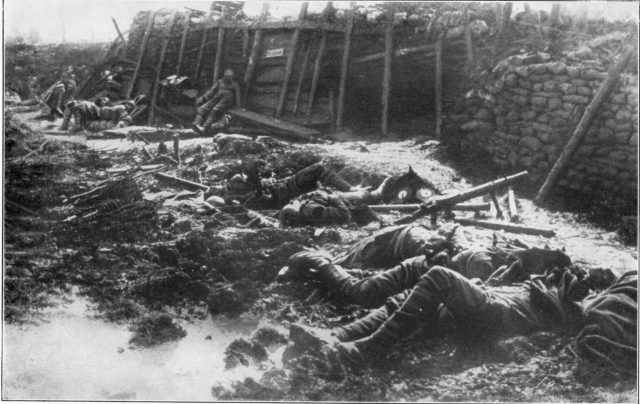 British soldiers after a German chemical weapon attack in 1917 (via Wikimedia Commons).

Herman follows with a description of trauma, stating that it overwhelms the victim, removing control, connection, and meaning. Individuals display hyperarousal, intrusion, and constriction, sometimes at levels so extreme they force an alternative state of consciousness to form, so that the victim can actually cope with their reality. This alternative state of consciousness, Herman argues can manifest in a variety of ways including multiple personality disorder, amnesia, and “sleep walking.” One of the most persistent elements Herman describes is “intrusion,” in which traumatized individuals cannot resume the normal condition of their lives due to the repeated interruption of the trauma. These symptoms occur because of a rupturing of the “inner schemata.” This is paramount for understanding both individual and societal trauma: for the individual, their trauma disrupts their inner schemata of safety, protection, and trust in the outside world.

Throughout Trauma and Recovery, Herman delineates the ways in which the societal context can affirm and protect the victims by giving voice to the disempowered, but can also deny the victims through silencing and rejection. Indeed, Herman states that denial is often the default state of society, in which the active process of “bearing witness” instead “gives way to the active process of forgetting.” These ideas of “bearing witness,” and forcing vocalization of events are similar to the work of religious, ethnic, and racial minorities in the face of traumatic genocide, oppression, and destruction. The active construction of a truthful narrative helps survivors to “re-create the flow” of memory, transform the recollection, and mourn that traumatic loss. In Herman’s final section, the emphasis on “truth” becomes paramount: only through a truthful understanding and representation of events can individuals and society come to an understanding of psychological trauma. 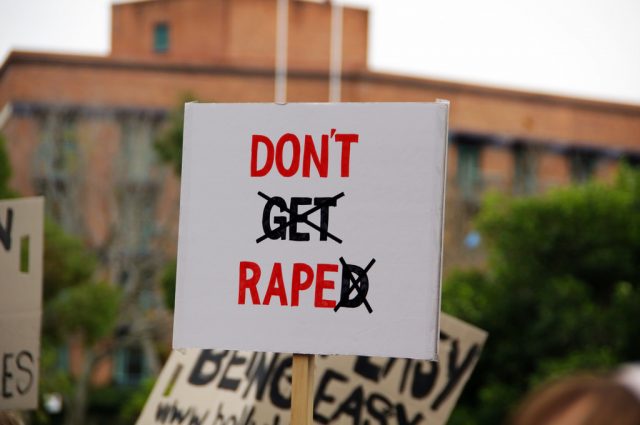 A culture of victim-blaming still shapes the experience of trauma (via Richard Potts).

Herman’s Trauma and Recovery was a groundbreaking work that forced society to reckon with the nature of trauma and proved how understanding trauma can help us comprehend some of the most damaged groups in society. Herman’s research is critical in the historical understanding of how to bring truth to individuals and groups that societies have passively or actively chosen to repress. Furthermore, she raised interesting questions about constructing historical narrative when dealing with both perpetrators and victims and she showed how the collective memory of a society can hide atrocities that have been committed. Herman states in her afterword, that she sees the culture of victim blaming and repression of the heinous crimes of sexual violence as disappearing. However, lawsuits against universities about willful ignorance and discrediting of sexual assault survivors’ testimonies exposes Herman’s final claims as too optimistic. If nothing else, her work inspires historians to pursue a more active understanding of painful truths and charges us to side with the victims of violence to establish truth and justice, for which, she says, there “can be no greater honor.”